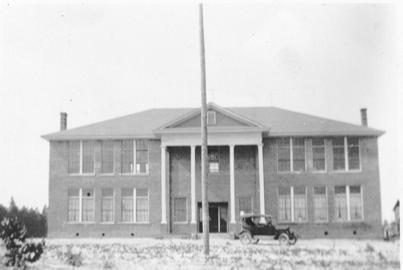 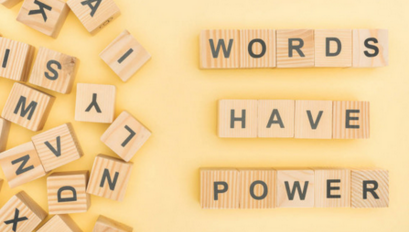 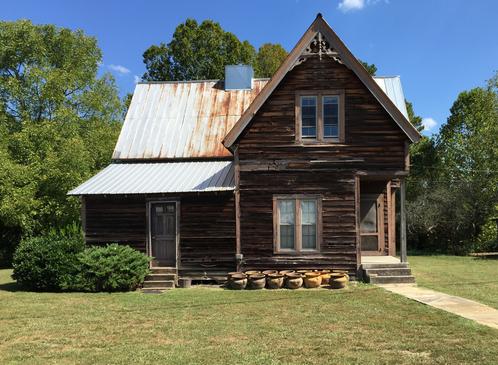 This is a photo of Fairview School (SC), which ceased to exist after it was consolidated into Pelion School in the 1950s. My grandfather, Henry Shumpert, donated the land on which the school was built. My grandmother (of "Feed Sacks") was the wife of Henry Shumpert.

Grandma kept laying hens in a tin-covered house
and bought feed from a man
who made deliveries in a pickup truck.
He stacked in the shed sacks

of cracked corn and mixed feed in calicos and prints.

In a closet of her house, Grandma collected

the cleaned bags.There was hardly a dress
on the place but of feed sacks.
If threads showed in our clothes, we dug
through the designs to find duplicates enough
to cut out pattern pieces and sew an outfit.
When, in the affluence of time, we discovered
Sears Roebuck catalogue,
cotton cloth by the yard came with the mail.

Thanks to Silver Boomer Books which originally published this poem.

Outside and soaking wet, the winter fields lie dormant,
cotton already gone. In the far-off kitchen,
the coffee’s not in the pot. The fire’s not started

in the stove. The wood’s stacked on the porch
and getting damp as the wind blows.

The quilt on the bed’s curled up and wrapped,
its patches of flannel and muslin a testament
to Grandma’s scraps, collected like rain water
and sewn together on cloudy days in fallow months.

Rain pelts the tin roof, and the rooms inside echo
the extra breath in the lungs of the clouds.
Wet switches lash the leaky windows
behind curtains with sun bleached pleats.

A cold sparrow sleeps in the chinkapin,
and if daybreak didn’t seem so gray,
the grits would already be cooking.

Words are submissive but unfaithful,

fickle to their roots and inconstant.

Even if you believe them,

they act in bad faith

double-cross your best efforts and desert you.

As often as you use them they abuse you.

Believe me, they mess

Thanks to The Griffin which originally published this poem.

My thanks to White Ash Literary Magazine, which originally published this poem.

Too Close To the Remote

There is a room in the television
where I sometimes live.
If you cast about cables
you can connect to great dates,
shameless politicians, first rate athletes,
trashy relatives, swindlers and pickpockets.
Sometimes commercials get in your eyes
and shed doubt about whatever happens
and how much it costs
but I’ve learned to turn my tuner to mute.

People come together whatever the weather
and argue or agonize, gossip or confess.
Some channels introduce a truth
owned by only one person.
Warnings are everywhere
and advice about the latest outbreak
of poisoned food, bad medicine, breakdowns,
and extreme killers in another school
where a camera pans too close to a nose
and catches a right hook.

On any ordinary day visitors
drop in by the scores,
lovers, soldiers, cronies, comedians,
and dangerous strangers.
With the touch of my finger I can witness
fist fights, shootouts, car chases, double-crosses,
torture, and steamy sex
and even now a smoking airplane is flying
close to my roof top.